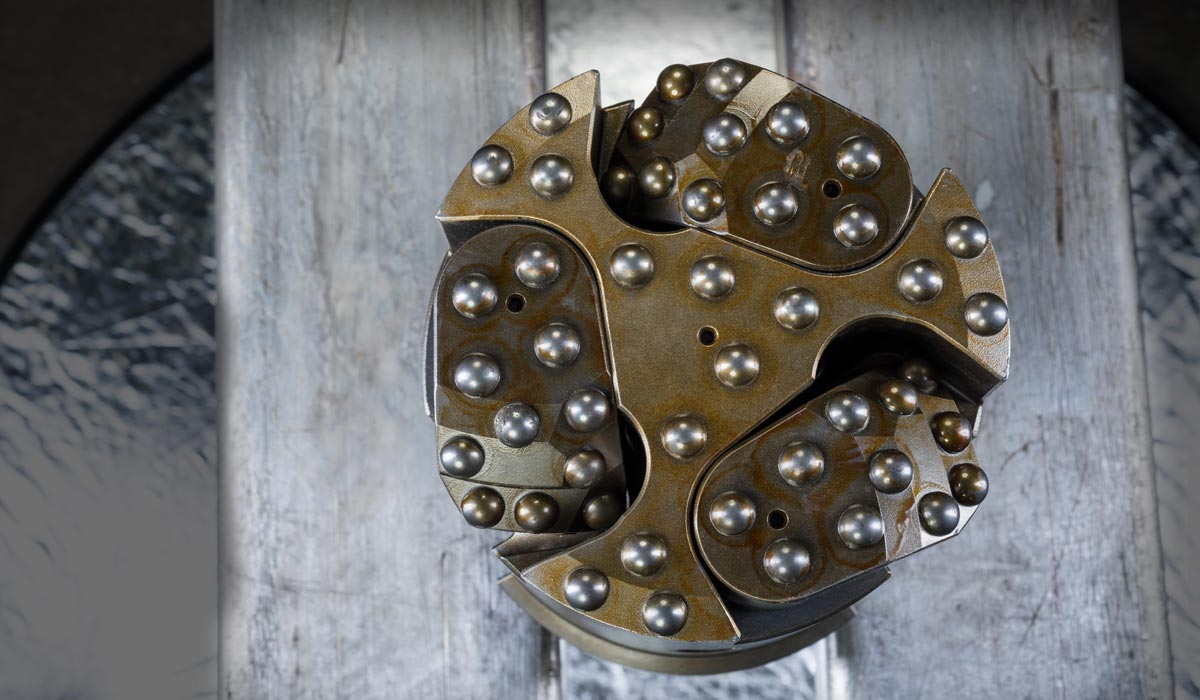 Effective in both rock and boulders.

The wing system, SMB-G is developed for drilling RD pile walls, but can also be used to drill RD piles. The SMB-G has no ring set, only a casing shoe that is welded onto the casing. The front of the pilot bit has wings that folds out during drilling so they cover both the casing and feather. When you reach the right depth, reverse the rotational direction to retract the wings to enable removing the bit from the casing. The wing system has been shown to be surprisingly efficient in both rock and boulders. The wing system is available in dimensions from Ø220 to 406 mm.

Geomek has collaborated with Mitsubishi since 2004 when we were looking for new drilling equipment suppliers. We made contact through an Italian contact of ours. At that time, Mitsubishi had not been introduced to the Scandinavian market. Today, Mitsubishi is fully established in Scandinavia, and is one of Geomek’s three primary suppliers, next to Klemm and Minova. First Mitsubishi sold their A System, and rock drill bits. We have jointly developed the MAI bit, L, T, Wing and Eco systems and our collaboration continues to strengthen.

Geomek sales represent the larger part of production at the Mitsubishi plan in Gifu, Japan. Mitsubishi has a strong position regarding thoroughness and strict requirements. All production is done i Japan, and most all deliveries come by ship to their intermediate storage in Holland, from where we order our products.

Why DTH drilling and how does it work?

One of the largest drilling equipment manufacturers in the world.

We have a broad selection of DTH drill bits and varying dimensions and designs.

Geomek offers DTH-hammers and spare parts for all sizes from 3 to over 20 inches.

DTH drill pipes, adapters, and tapers in many dimensions